You are here: Home › Portfolio › Logo for Hexatonica 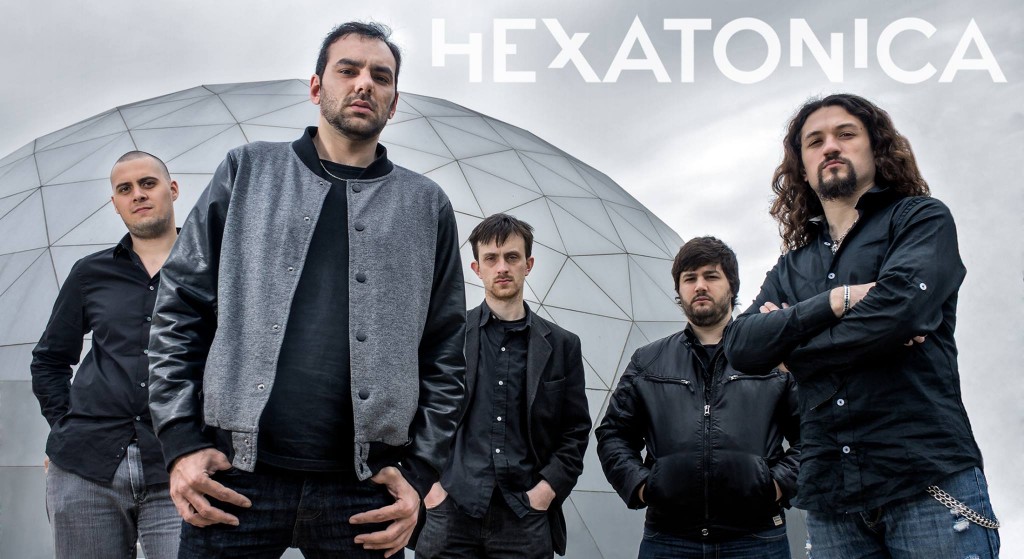 By Bandmill on February 8, 2015 in Branding, Logodesign, Music Industry

Bandmill designed a new logo and symbol for Hexatonica!

Throughout the years the band went through many changes, with Juan Gasco standing as the mastermind and main driving force, and assuming complete control of the music. He brought along a blend of progressive and academic influences (being an orchestral musician himself as well as a rock drummer) and defined the sound of Hexatónica. This particular mixture can be heard since their first release, En Vivo, recorded live in La Plata in the year 2005 and featuring recently included Sergio Topham in bass guitar.

The band was picked up by Elefante Records, and in 2006 En Vivo was followed by Formas, which became their first studio CD and finally put to record much of the music they had been performing since 2003.
In 2009, the band received an invitation to work with French record label Musea Parallèle, and three years later El visionario hit the shelves in Europe and the rest of the world, together with their previous releases.
In El visionario, the bands most recent release, incorporates symphonic rock, prog metal, and classical composition side by side to create a unique, unmistakable sound. For this record the lineup changed once again, now featuring Abel Valente and Carlos Cattaneo on guitars, and Nahuel Acosta on keyboards.

Hexatónica have won a number of awards throughout the years: their first live record was the result of a contest held by the City Hall’s own record seal. In 2004 they were awarded an special mention (best arrangement) for their version of the Argentine National Anthem. In 2006 they collaborated on the collective Dream Theater tribute SinCity: the dreams go on recording Hell’s Kitchen.
The band has been performing live since 2003, and they have played in reputable venues and festivals worldwide, acting as supporting acts for Richie Kotzen, Asia, and Carl Palmer (who, together with his manager Bruce Pilato, handpicked Hexatónica to open for him).

In the years 2013-14 the band saw further lineup changes, first with David Borgini’s inclusion on keys (and the subsequent recording of the yet-to-be-released DVD Surrounded Visions); plus the later arrival of Tomás Trebec and Julián Rodríguez on guitars and Matias Vellanich on bass for touring purposes.
The distinctive sound of Hexatónica incorporates elements from bands such as Yes, King Crimson, Emerson, Lake and Palmer, Gentle Giant, Dream Theater, Liquid Tension Experiment, Symphony X, Opeth, and many more, while also blending influences from Stravinsky, Holst, Ravel, Bartók, Chopin, etc.

I likeed it! :) It's like the simple and the complex at the same time, I like it!