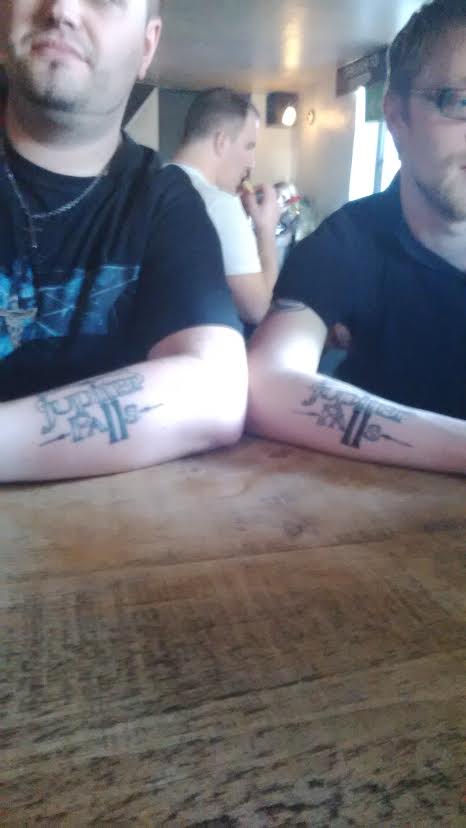 By Bandmill on February 1, 2014 in Logodesign, Music Industry

I designed a new logo to UK based metal group Jupiter Falls. Following take is from their website: Jupiter Falls were formed in May 2013 by Guitarist Deano Silk & Vocalist James Hart. With the further addition of Danny Backhouse on the 2nd guitar, Matthew Geary on Bass & Lewie Lewington on the drums. Together they want to bring a sound blending melodic and hard rock and with the upcoming Debut album “Revolution” the whole world will hear the power that they create. Keep a look out for Jupiter Falls Videos and singles in the coming months and 2014. We intend to be around for many years to come. Tour dates will be added at a later date.

Guys at the band liked the logo so much they tattooed it: