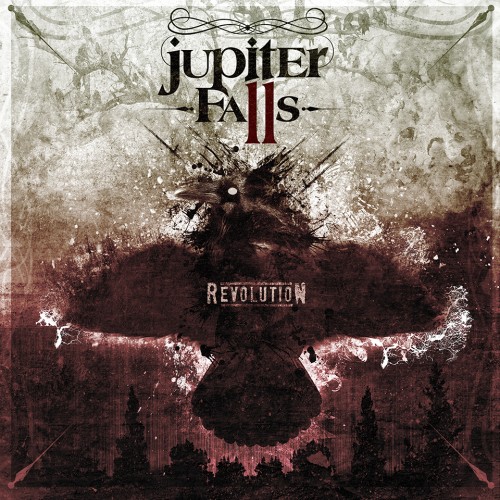 By Bandmill on October 4, 2014 in Album artwork, Artwork, Music Industry

Coincidently James contacted Deano after seeing his growing Youtube rock/metal covers channel, and that’s where the magic started. They went on to do several covers, and decided their chemistry was too good to keep as an internet covers project. After writing a few songs between them, they decided to get Backhouse, Geary and Lewington on-board to form Jupiter Falls.

The product of this great musical bond is the “Revolution” Album ,which is currently being recorded by the band and Produced by the Legendary Producer Roy Z who needs no introduction . Roy Z is a master of his work, having worked with bands such as Judas Priest, Yngwie Malmsteen, Bruce Dickinson, Rob Halford to name just a few.

The band also signed a Management /Booking Agency deal with one of the top worldwide independent company ‘s in the Music Business, Metal Music Bookings who represent and book shows for the likes of Amaranthe, Tarja, Jake E Lee, to name just a few, www.metalmusicbookings.com

With shows already booked with the likes of Project Rock/Geoff Tate’sQueensryche in South America in May, 2014, and the Legendary Guitarist Jake E Lee’s Red Dragon Cartel in France and the UK in May and June 2014, Jupiter Falls are set to be a worldwide success