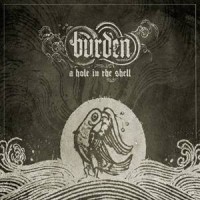 This lovely post was written by Bandmill who wrote it on January 4, 2011 in such categories as Bandmill News, Best annual album covers, Monthly album covers

Behold! It is time to gather up the winners of 2010! I´ve picked up 25 amazing metal/hard rock album cover from this year. Best of the best and most metal of metal! During the year I´ve been browsing hundreds of album covers and tried to pick my favorites. Comparing to last year, 2010 didn´t gave much surprises though but some truly excellent covers and lot of average stuff. Some really funny stuff too, I´ll gather them into another post later.

What makes a good album cover nowadays? Music industry is moving on more and more into the digital downloading and there have been lot of talking about how physical compact discs will die eventually. Will it? I really don´t believe it will happen any time soon. Everything is probably more digital and consumers are more and more used to handle stuff digitally. Album art however is a form of art, and as long as printed paper exists (and don´t start me going on with that topic, hah…) people wanna see pictures, text and illustration on it whether they are printed or drawn. You can see the art of Picasso from your computer but still you want to go to the museum to see the real thing. Buying well designed and packaged cd or dvd is an experience for the consumer. Arjen Anthony Lucassens Star One “Victims of the Modern Age and Fear Factory´s “Mechanize” are good examples from this years selections of excellent graphic and packaging design for music (I´ll review them later in 2011).

Please, feel free to throw in some comments. Just remember, this is not a list of “Best Albums of 2010”. They are amazingly good album covers picked up by me. Most of them were bands I´ve had never heard of but now I have. Enjoy!

The Mist of Avalon – Dinya

Die So Fluid – The World Is Too Big For One Lifetime

Arjen Anthony Lucassens Star One – Victims of the Modern Age

Milking the Goatmachine – Seven, A Dinner for One

I already chose this as the album of the month: November and it made into the top 10. Amazing image, band logo and album title nicely placed.

A Lonely wolf walking around wild desert. Searching for something. Haunting image yet very relaxing somehow. The space around band logo gives justice to this beautiful cover.

A diagonal design for album cover works with small amounts. This cover captures really well the feeling of getting stamped by stack of angry bulls. I´ve never been stamped though but it must feel like this…

If you were a farmer and seeing Grim Reaper himself in your cornfield would really piss you off! In this cover though he has his place. Really beautiful design. The contrast between brutal band logo and simple album title works really well.

You rarely see Arte Deco used in a world of hard rock but it could be used more. On Finger Elevens cover it looks awesome. Simple and effective!

The color tone of this cover makes it just perfect. It doesn´t need anything else. You could think this is just a mirror image cut in half but it isn´t. Beauty!

All That Remains – For We Are Many

Amazing work! Those figures standing in the cover could be zombies, ghosts or almost anything. Are those lights flashing because you have been spotted or have you surprised them? Nice and unusual album art.

Burden – A Hole In the Shell

This cover proves man can still use blackletters in  a refreshing way. Burden´s cover may have a lot of wavy things all around but with tasteful usage.

Insanely good! I want to hang this image in my wall and tell people I painted it. I would been lying of course ´cause I couldn´t never paint anything this good. The minimalistic typography suits perfectly to this amazing b/w cover. I wan´t to see more things like this!

I chose this to October´s cover of the month. I kinda knew this would be at least on top-3 this year. It came out to be the best cover of 2010. Very unusual and different album art. Disturbing image which looks like a fashion photo shoot session. Knife, keys, keyhole, black and white. Nice contrasts all around. I like!