You are here: Home › Artist screws up the songlist – and blames the designer! 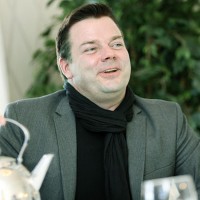 Artist screws up the songlist – and blames the designer!

This lovely post was written by Bandmill who wrote it on November 4, 2009 in such categories as General in music

This Monday I was listening to a finnish radiostation Radio SuomiPop. They were interviewing famous finnish artist mr. Jari Sillanpää who was supposed to release his Christmas album this year. However Jari had a sad story to tell about that process.His graphic designer sent him an email and asked about the songlist to be typed in the backcover and into the booklet.  Otherwise the design was ready – just the songlist was missing. Jari was really busy so he decided to shorten some of the song names as he typed his email to the designer.  For example a song called “Varpunen Jouluaamuna” was shortened into the form of “Varpunen”. “Maa on niin kaunis” became “Mä oon niin kaunis” etc. After writing the songlist Jari send the email to the designer.

The story goes on, two weeks later Jari was happy to see his cd was printed and ready to be published. He took a look at the booklet and the back cover just to see names of the songs. Guess what dear reader? Yes, the songs were printed exactly like he wrote them to the designer in his email. His manager and publicist decided not to publish the album this year ´cause there were no time to fix the booklet and print it again. They will release the album in 2010. Jari was really sad about this incident and told he couldn´t laugh about it until he phoned his mother who had a great laugh about it.

And the fun part. The radio hostess announced a competition about this incident. The question was “who screwed up in this story?”. The first caller with right answer would win a prize. First caller was a guy from somewhere in Finland and answered the question: “the graphic designer”. Yes! Right answer! Congratulations! Yippee!

What would happen if graphic designers all around the world would fix their customers text without permission? It is not a designers job to do anything to the text customer sends unless it says in the contract. 99% of contracts it doesn´t. You just copy/paste it. At the interview Jari Sillanpää laughed how idiotic it was how the designer just copy/pasted his text. For your information Jari, that´s what designers do. It is your job to deliver correct content. A designer can´t read your mind. He doesn´t need to understand your “jokes”. He just does his job and this time he did it right, you screwed up.

All in all, I´ve been talking about this incident all week with fellow designers and design students. They all were amazed how people can really think it was the designers fault. And so have I. I kinda understand how “Average Joe” doesn´t really understand what graphic designers do but Jari who has been in music industry many years should know all this. To me it seems he can´t take the blame for his own mistakes.

And don´t get me wrong, Jari Sillanpää is a really good singer and performer. I liked his earlier Christmas album a lot but I won´t buy the next one just because of this. 🙂